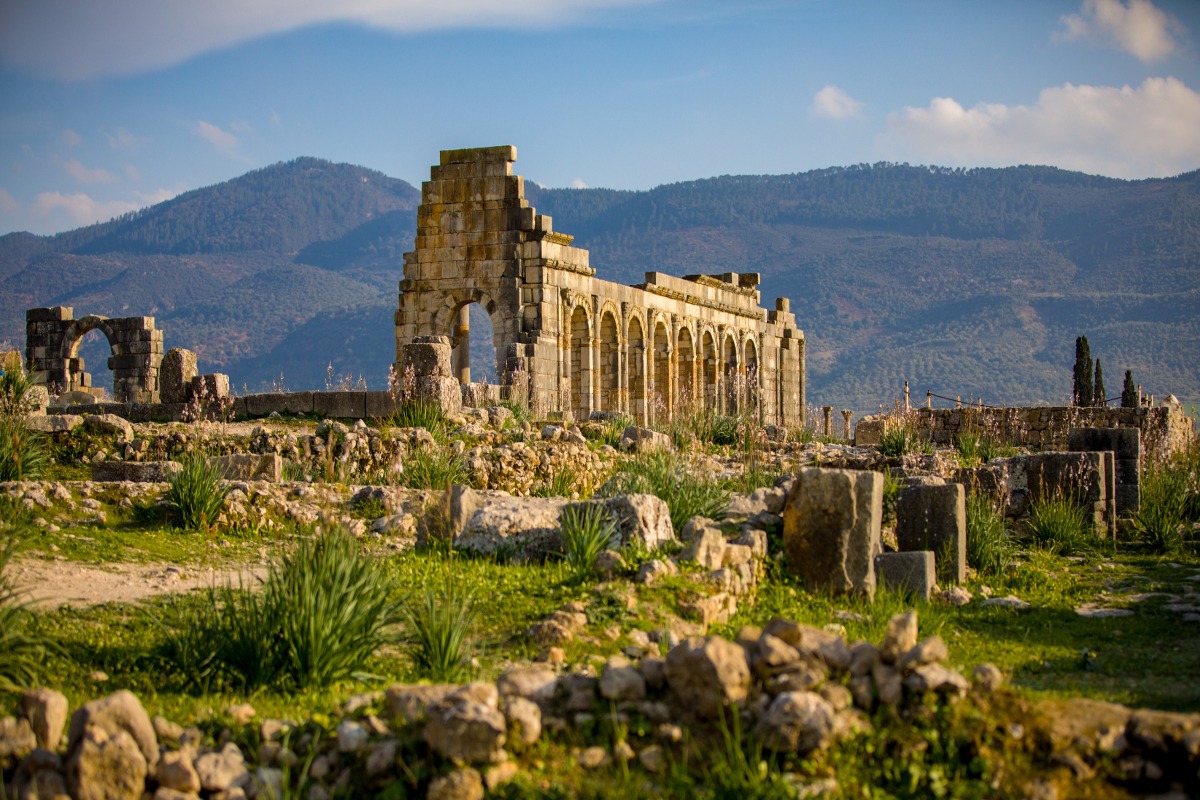 Volubilis or  “Walili” in the Berber language, is one of Morocco’s best-preserved Berber-Roman ruins. Located between the Imperial Cities of Fez and Meknes, on a fertile plain surrounded by wheat fields. Established before the Christian Era, at a time when the area was part of Mauretania, Volubilis was considered the administrative center of the Mauretania kingdom, and also one of the most remote cities within the Roman Empire, located in the far southwestern region.

While the city continued to grow well, into the second and third centuries AD, when the majority of the buildings still visible were built, it is believed that the 42-hectare walled city was once home to 20,000 residents. With wealth generated from local olive production, many grand residences, complete with stunning mosaic tile work, were constructed (and still visible and intact to this day, despite being open to the elements) as were public hammams, triumphal arches, and parliament buildings.

But throughout the Roman reign, the city was not without political tension. In 40 AD, residents began to revolt; however, the granting of Roman citizenship and tax-free status for ten years calmed the situation. But when the local Amazigh or “Berber” people started to pressure the Roman Empire, the Romans withdrew in 285 AD, although the local Syrian, Jew, Berber, and Greek populations continued to speak the local language of Latin.

In the eighth century, when Islam arrived in the region, the churches were destroyed, although locals continued to occupy the city until the 11th century. While Volubilis remained inhabited and maintained its status as a capital city for centuries after the collapse of the Roman Empire, the city lost its administrative center status when nearby Fez was established, and the residents were relocated to the mountainous village of Moulay Idriss.

In the 18th century, the Lisbon earthquake hit the region, which caused the destruction of the buildings. As early as the 1830s, well before the French Protectorate era, the French army began excavations. In 1997, the archaeological site of Volubilis was inscribed on the UNESCO World Heritage Site List.