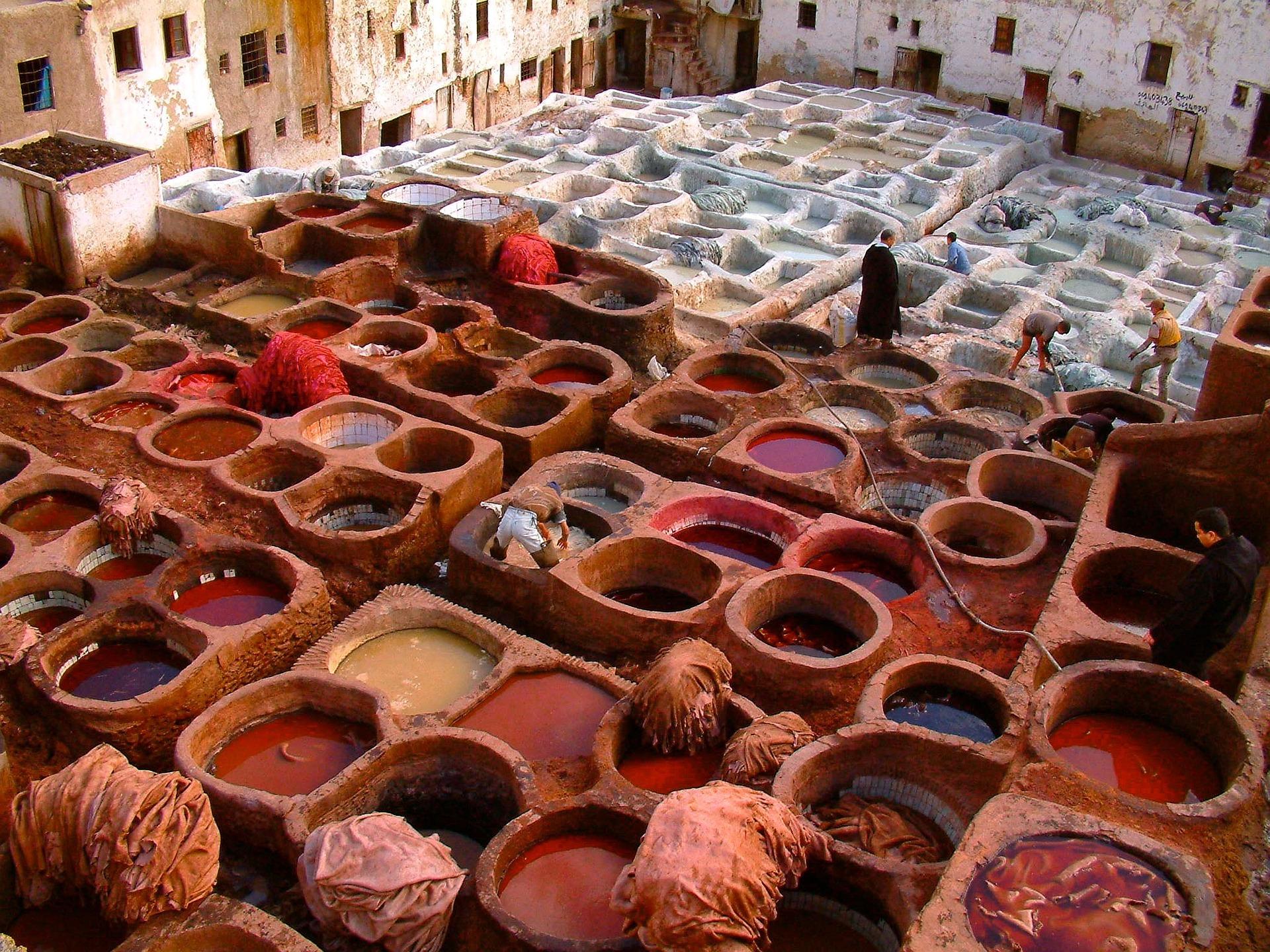 is famous for the ancient walled city, which many compare to the old walled city of Jerusalem. It is the first of the imperial cities of Morocco since it dates back to the 8th century. It is also a pioneer in the Muslim cult of Morocco and has one of the oldest universities in the world. All these firsts make this Imperial city a particularly attractive city with a lively and influential culture. Fes is particularly, known for being the cultural and spiritual capital of Morocco center of art and science.

is one of the most interesting and attractive destinations in the North African country. Although Fes has managed to adapt to modern life, it also preserves its traditions and most authentic Moroccan lifestyles.

We can wander through its narrow streets and lose ourselves in the incredible architectural wonder integrated into the daily life of the city. It is a place with walls of adobe and bricks, courtyards of different heights, pillars covered with tiles, etc.

What to see in Fes: