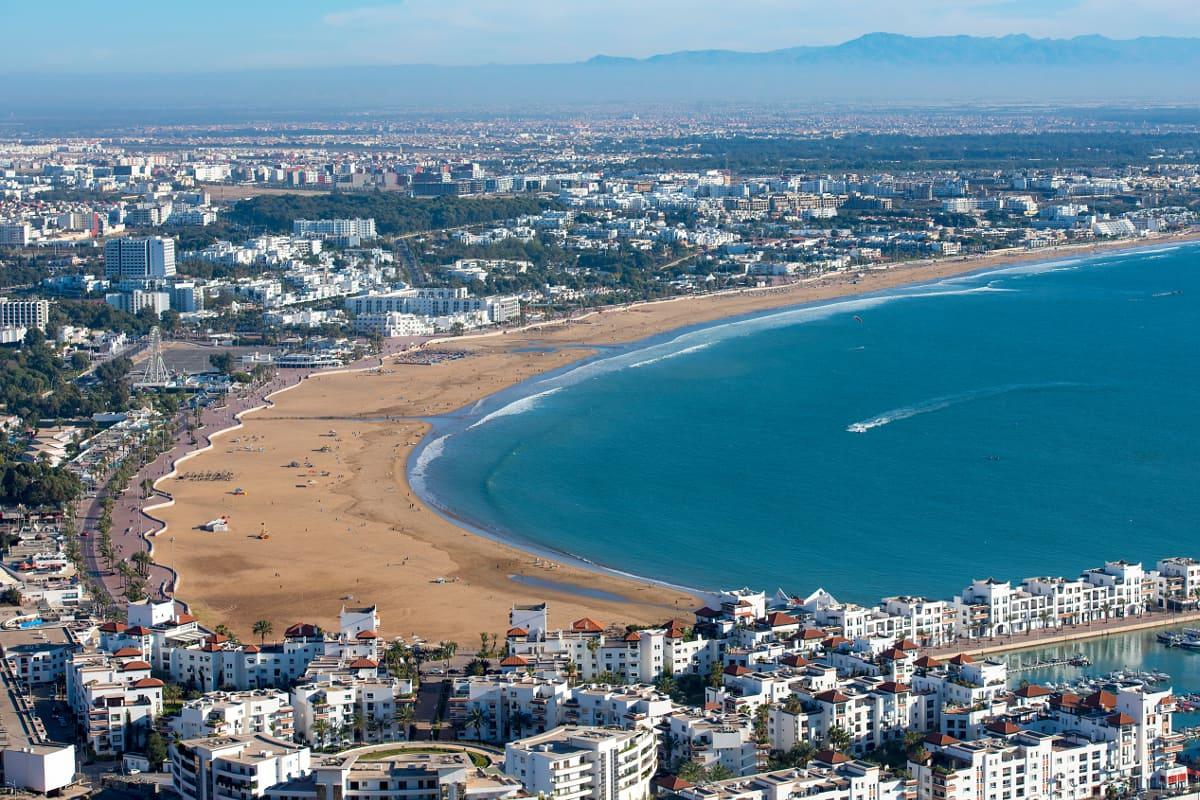 Agadir is a common Berber noun, Agadir meaning “wall, enclosure, fortified building, citadel” is a city located in the southern part of Morocco. This city, of only about 100 thousand inhabitants, is a very modern city. It is mainly interested in its location, as it is surrounded by the Anti Atlas and the Sahara Desert, natural parks and secluded beaches of great quality, easily accessible from the city. With its sunny beaches of fine and it has become a flourishing tourist destination.

This important tourist city has more than 10 km of wide beaches of fine sand, its main attractions make during the summer the occupation of almost 100%owing to its important hotel chains and a beach with all the appropriate resources for a quality beach tourism making the city one of the most-visited and renowned tourist destinations in the whole country.

Highlight the New Medina south of the city, designed by the architect Coco Polizzi, under construction, which has recreated a medieval city, where artisan shops, cafes and typical restaurants abound

In front of the port, the old Kasbah to the northwest deserves a view, on the commercial port, in ruins from the earthquake, located 7 km from the centre, on a promontory of 230 meters of altitude, with beautiful views from the walls.

In all its region especially in Taroudant leather is worked, there are also works in brass, mats, and beautiful pieces of jewellery in silver and semi-precious stones, as well as horns to store gunpowder adorned with silver sheets and weapons inlaid with silver. Because of its proximity, you can find Saharan crafts with typical and colourful clothes that Melaf women cover.

This error message is only visible to WordPress admins