12 Day from Marrakech to Sahara desert via Chefchaouen 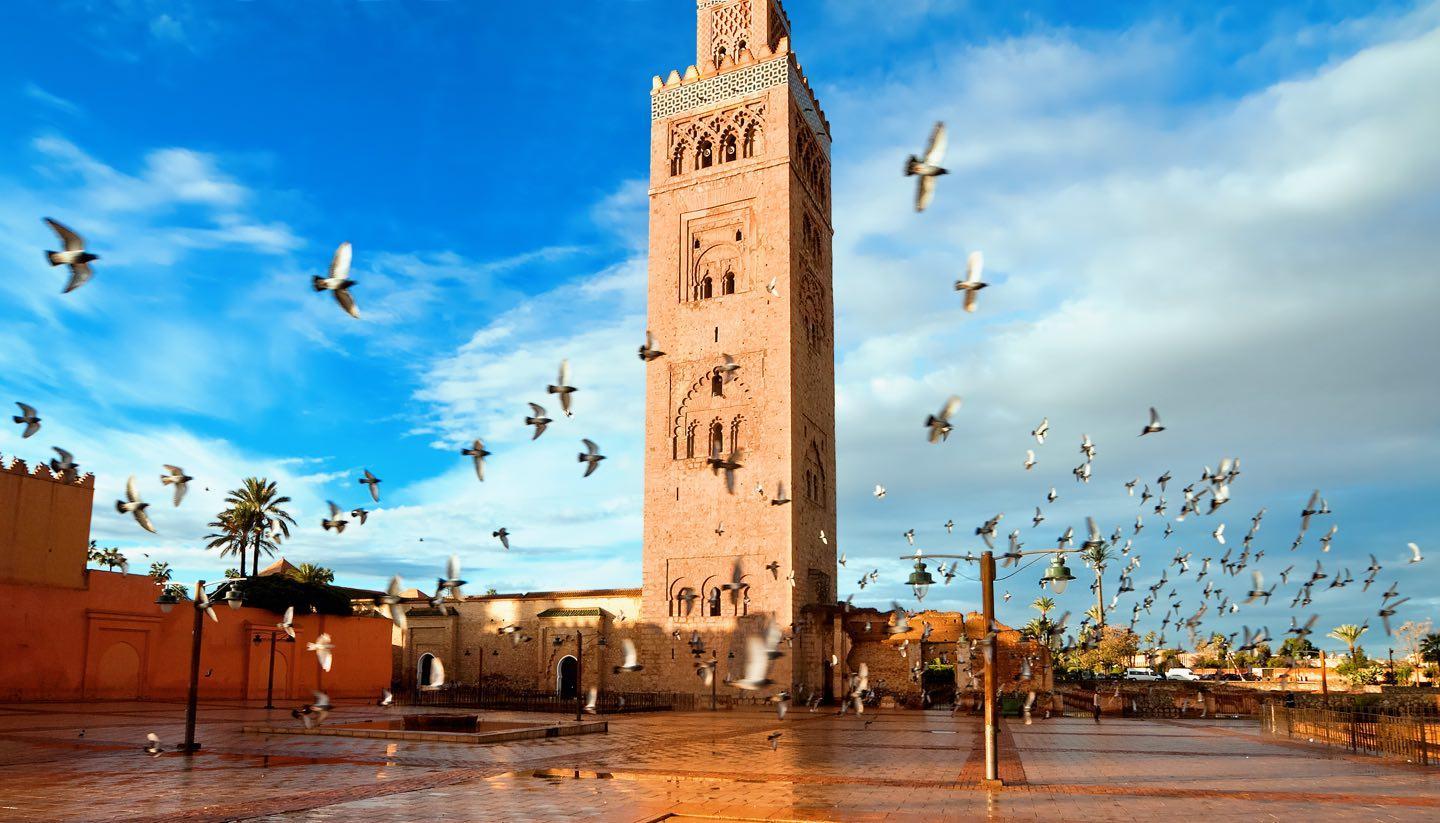 12 Day from Marrakech to Sahara desert via Chefchaouen

1st Day: Arrival at Marrakech – Transfert to the Hotel

Our driver will pick you up at the airport and you’ll have the day to relax while exploring the main square Jemaa el Fnaa and the souks.

Today will have an optional private Guided Tour of Marrakech Medina with an official guide from Marrakech. You will see the famous Mosque of Koutubia, the Medina and its souks, and explore some more of Marrakech’s secrets: Ali Ben Youssef Koranic school, the Saadian the Bahia Palace and Majorelle Gardens, night at a Riad in the Medina.

Depart from Marrakech for the seaside town of Essaouira. a relaxing drive lined with argan oil cooperatives will take you to this UNESCO World Heritage listed city. The windswept fishing port, with broad beaches and ancient walled medina with ramparts built into the cliffs has long been a popular destination. With its relaxed feel, take in the small but lively medina, stroll along the ramparts or beach, or visit the port to see the daily catch. The Gnaouas Music Festival is held in Essaouira in June. Overnight in Essaouira.

After breakfast depart to Rabat and continue your journey up the Atlantic Coast. Pass through El Jadida, a small port city, formerly controlled by the Portuguese, which is now a UNESCO World Heritage site; and stop in Casablanca to visit Mohammed V square and the impressive mosque of Hassan II. Explore the Imperial City of Rabat, including the Mechouar (the ramparts and walls surrounding the Royal Palace), the majestic Mohammed V Mausoleum, the Hassan Tower, and the Oudaya Kasbah, overlooking the Atlantic Ocean and offering fabulous views, as well as being home to Moroccan artisan galleries. Overnight in the hotel or riad in Rabat

Depart to Tangier for the enchanting mountain village of Chefchaouen or shawen in berber , passing through the green valleys of the Rif

Mountains. Chefchaouen is famous for its vivid blue rinsed houses and is very popular for both tourists and Moroccans, particularly in the hot summer months. Explore Chefchaouen, with its winding lanes and narrow alleys which are home to numerous souks offering cuisine and artisan works, such as woollen items, intricate embroidery, and goats cheese; all native to the North and not found anywhere else in Morocco. Relax in the square, visit a local farm or hike in nearby parks. Overnight in Chefchaouen . 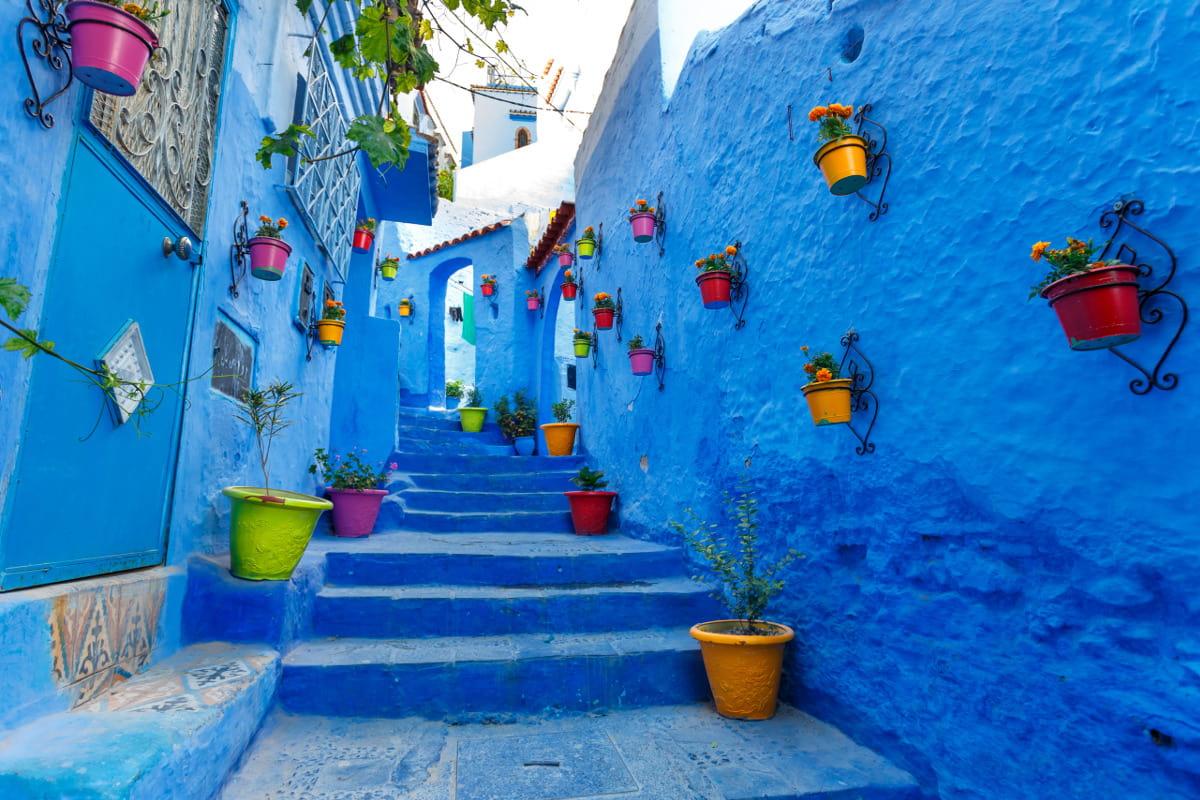 After your breakfast in the riad our authentic journey will start scenic drive that will take us from high in the Rif Mountains through the fertile agricultural hills to the Berber Roman Ruins at Volubilis, an open air museum . Volubilis is not as spectacular as the Berber Roman sites on the Mediterranean rim but it is still a relaxed way of envisaging an important part of Moroccan history. We will shift our way to Meknes, the fourth of Morocco’s imperial cities and the 17th century heritage where we will stop for lunch and hang around the historical huge walls of the medina. After launch, we take a glimpse to Bab el Mansour and enjoy a visit of Moulay Ismail’s shrine . after the visit of Meknes we will drive directly to Fes city where you will spend the night.

After breakfast you will visit Fes the old imperial city with local guide. which was considered Mecca of the west and Athena of Africa.It is the biggest city of the country after Casablanca with a population of approximately 1 million.This city is a the former capital and one of the country’s four imperial cities. Fez comprises three distinct parts, Fes el Bali which is the oldest part surrounded by a big wall, where are more than 9000 narrow streets and allies. Fez-Jdid or the new Fes, home of the Mellah the Jewish quarter and the Ville Nouvelle the newest section of Fez created during the French occupation.Fez el Bali is a UNESCO World Heritage Site. Its medina is the largest in the world. Among its narrow streets and allies, the oldest university in the world is located; The University of Al-Karaouine, founded in AD 859. This University is still operating nowadays.

After the breakfast Leaving Fes and going to Todra Gorges, passing through Ifrane to arrive to the cedar forests of Azrou where the wild monkeys are located. It will be good opportunity to take photos of wilderness in Morocco. Lunch in a small Berber village of Zaida. We continue the way through the Atlas Mountains enjoying the landscapes of Medilt to arrive to the small town of Rich, Erfoud in which we’ll feel the beginning of the Saharan oasis of Tafilalet and then continue to Merzouga. we will spend the night in a hotel/riad in Merzouga.

After breakfast in the hotel we will start our explorative journey of the area, visiting the village of the Khamlia, originally slaves from Sudan… to experience their music and lifestyle. we may also like to visit the berber nomad wire house where many Berber handicrafts are priced lower than in the big cities. On the afternoon you will ride camel, guided by an experienced Camel man, to explore inside the mysterious sand-sea of the Erg-Chebbi. Here you’ll spend your first night under the stars, or if you prefer, in a traditional Berber nomad tent. Dinner will be served in the tent where you will spend the night. Dinner Bed and Breakfast. 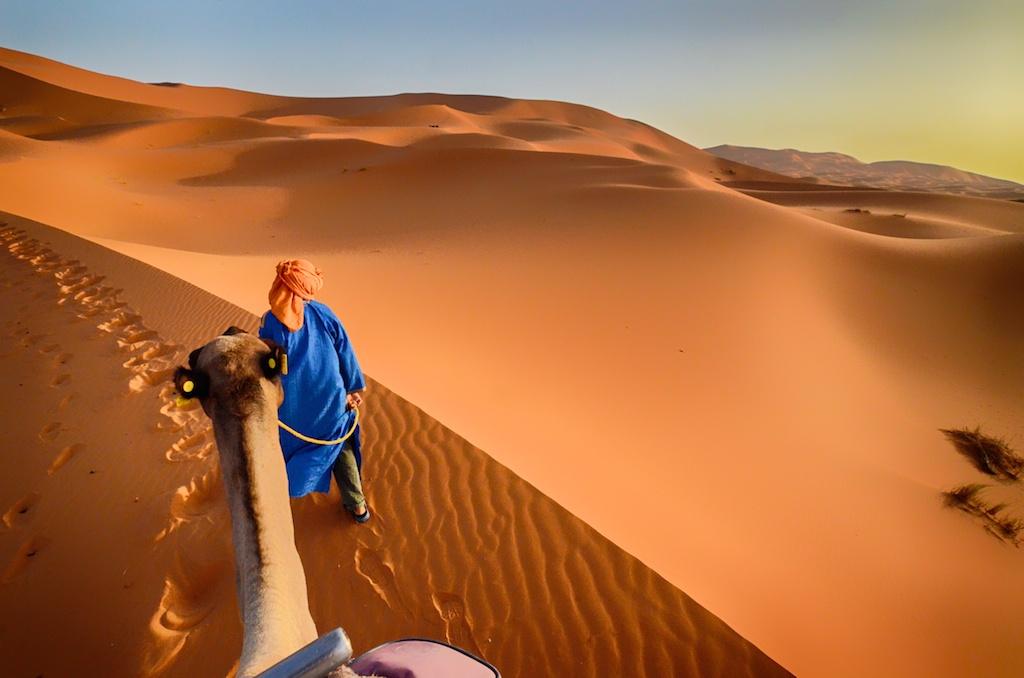 Wake up early morning to enjoy the sunrise on the top of the dune in the Sahara Desert then have your breakfast. After these beautiful moments, you will ride your camel back to the hotel. we depart towards Tineghir passing by Erfoud and Tinejdad. Have a break for lunch. In the afternoon, we will continue to Todra gorges via Tineghir. Stopping along the way for photos and admiring the views. Arrival to Todra Gorges to enjoy its marvelous Canyons views while hiking on foot. Later on, we drive to Boumalne dades and stopping for a panoramic view of dades valley

This morning after breakfast in the hotel, We depart to Ouarzazate via Skoura . Stopping for a panoramic view of the kasbah of Taourirt then another photo stop near the atlas film studios. After that you will visit the Kasbah of Ait Benhaddou and stop for lunch in a local restaurant in the village. In the Afternoon we will drive to Marrakech over the mountains of high Atlas passing through the Tizi N’tichka pass (2260 m in altitude) .

Transfert from the hotel to the airport, end of the 12 day tour from Marrakech.

• Drinks and Lunches
• Flight Tichets
• Hotel in Marrakech
• monuments ticket
Note: In case you want to modify any of these tours, just be in contact with us beforehand and we will make it happen.